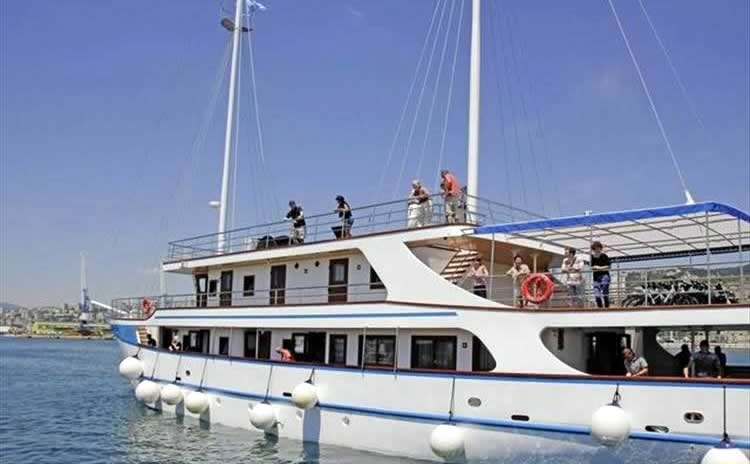 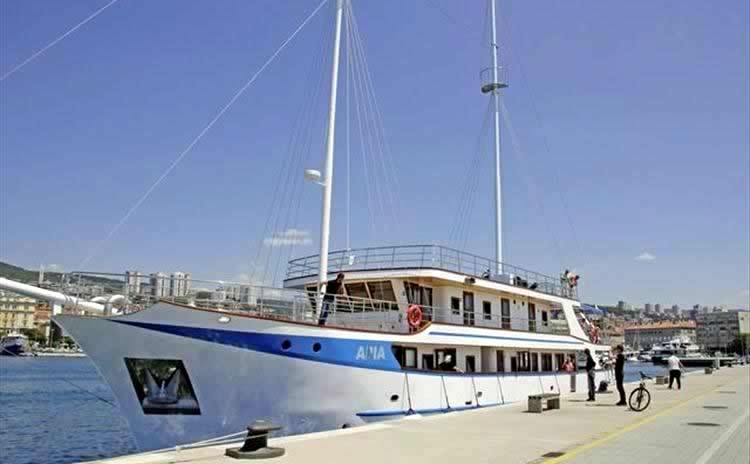 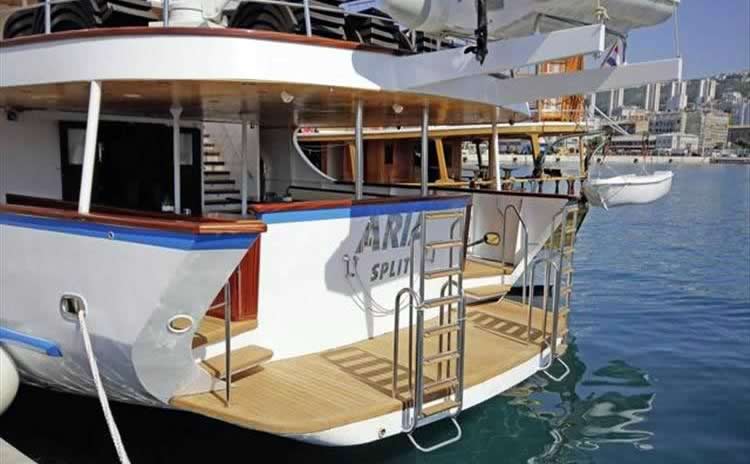 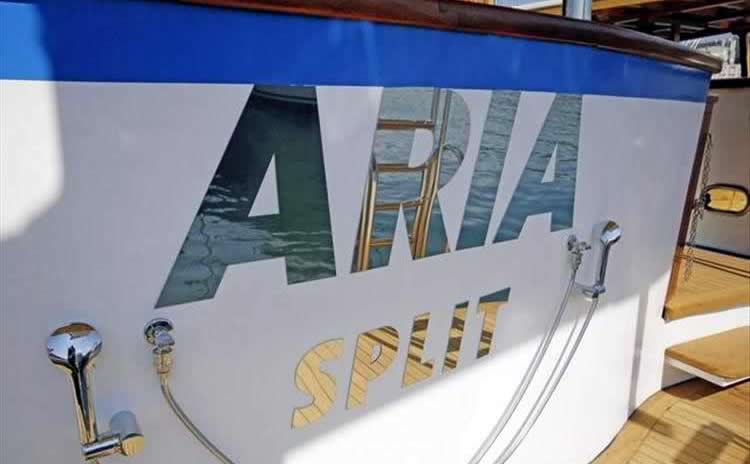 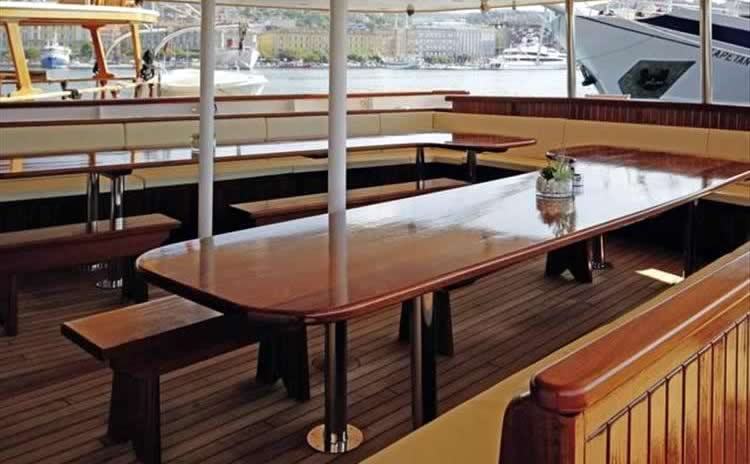 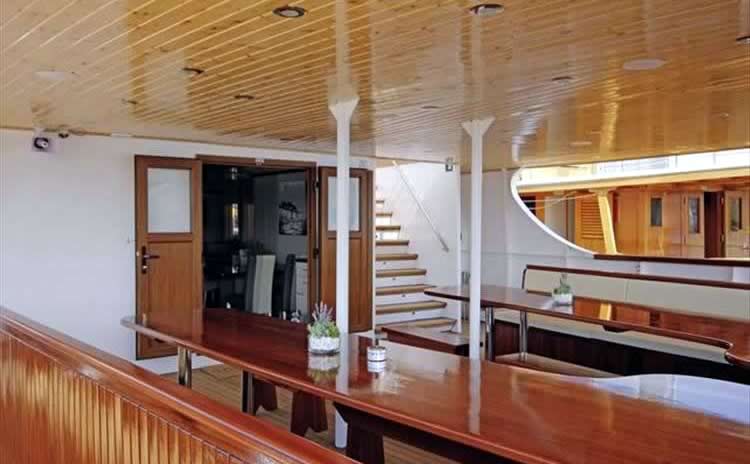 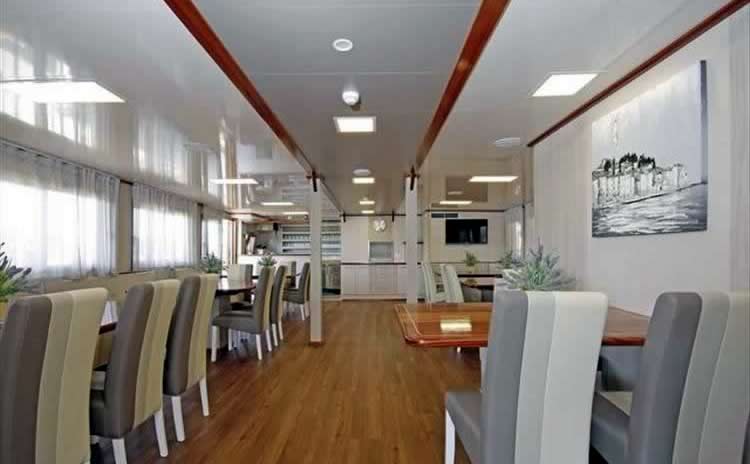 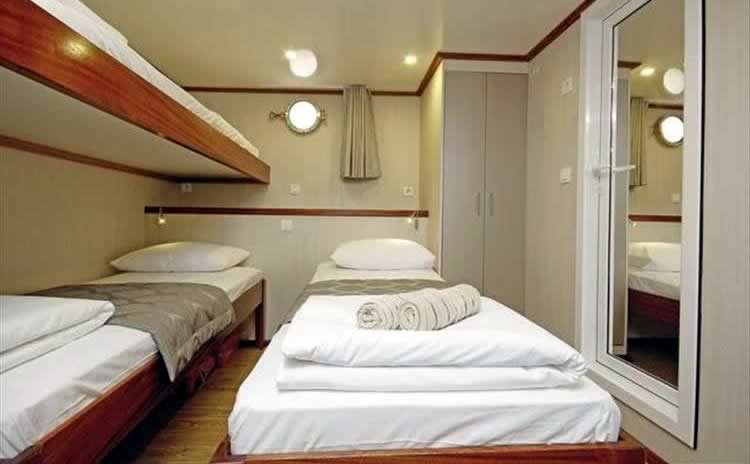 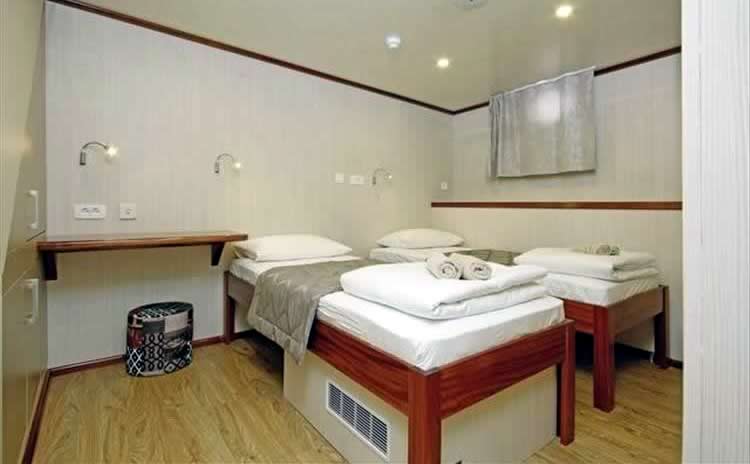 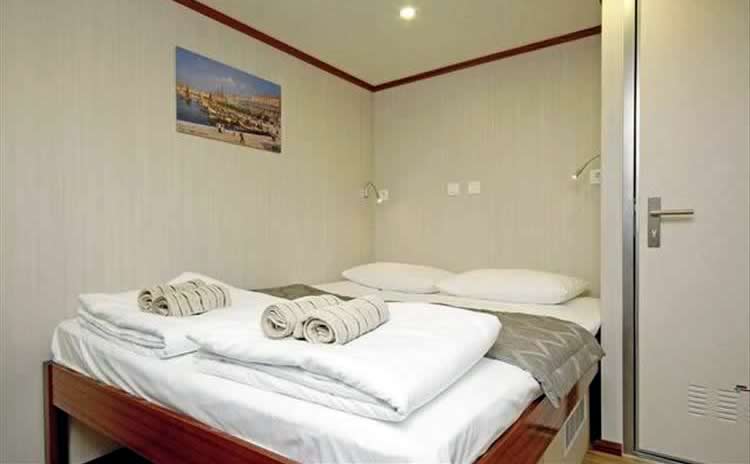 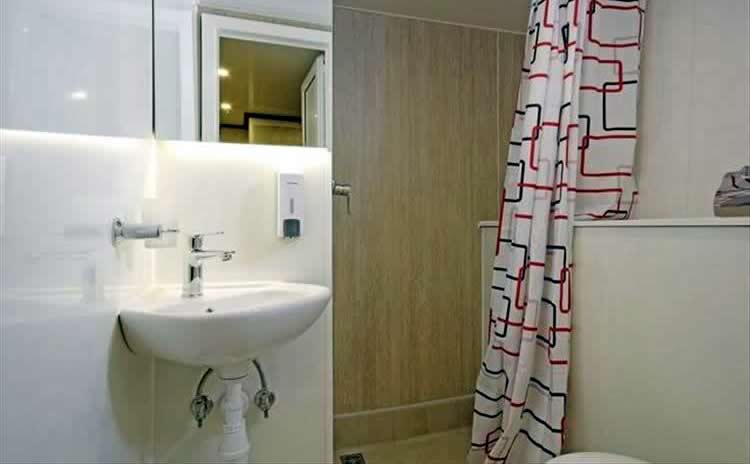 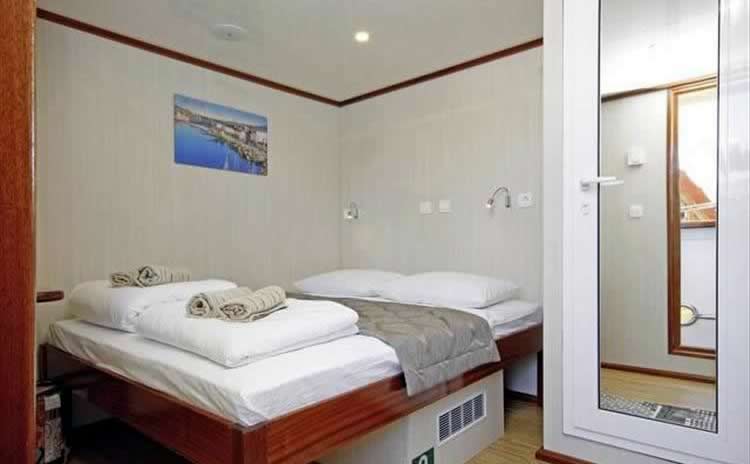 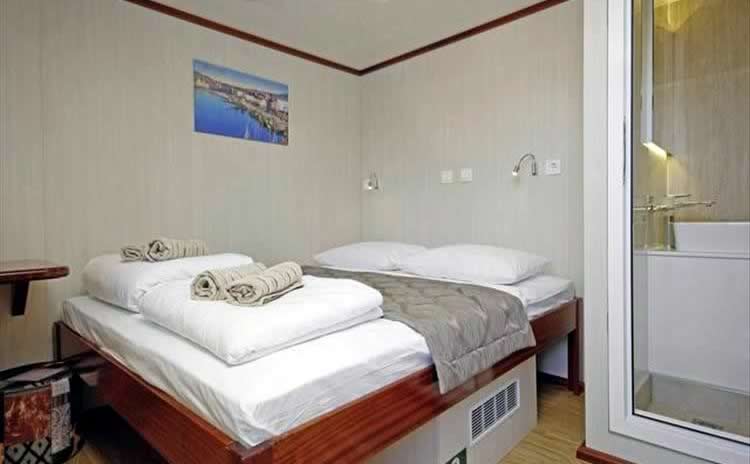 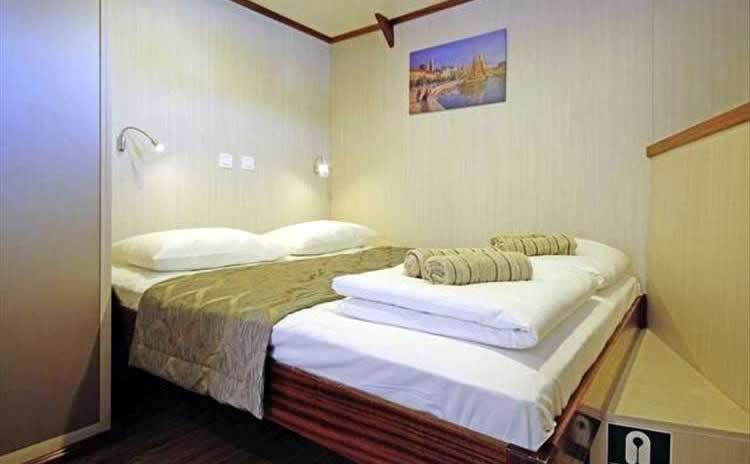 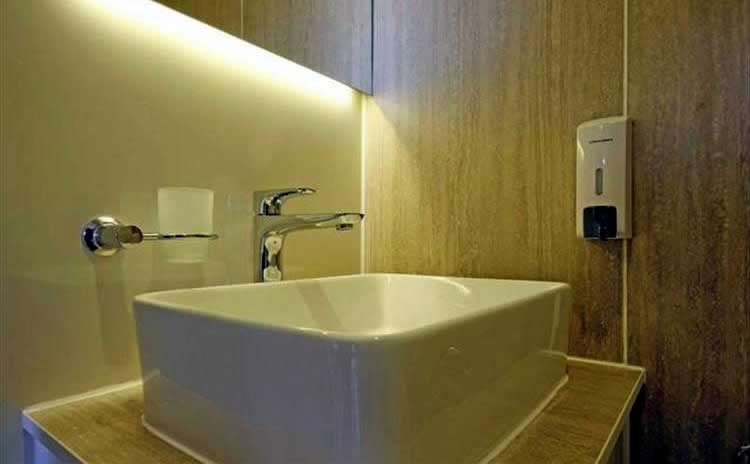 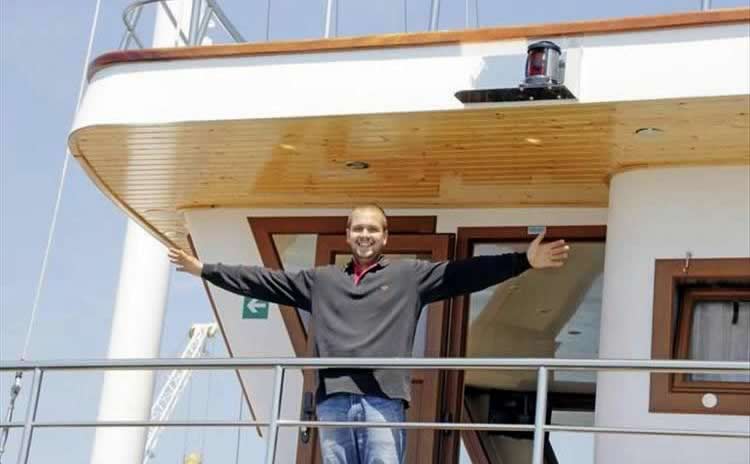 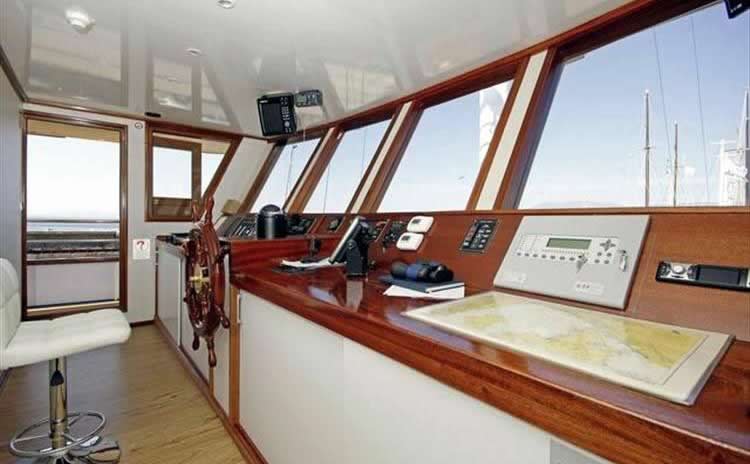 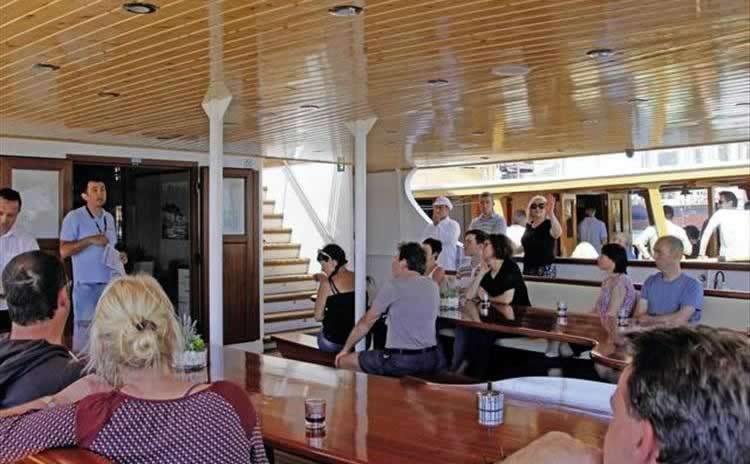 Captain Jure Tomaš and his classic wooden vessel MS Planka have been joining our fleet since 1998. In summer of 2015, his son Marin took over the helm of MS Planka, while Jure was in charge of projecting the construction of the family´s new ship. Newly built in winter 2015, the brand-new majestic vessel MS Aria is going to make her maiden voyage in summer 2016. Equipped with a 675 horsepower engine, the Aria will be able to reach speeds of up to 12 knots. Featuring both, sails and a powerful engine, the vessel is considered to be one of the most comfortable motorized sailing boats in Croatia.

General data: Length 43.50 m, built in 2016. 40 beds in 18 cabins with shower/toilet and individually controllable air conditioning. All cabins are supposed to be equipped with separate single beds, which can be made up to double beds if desired. Triple cabins will have their 3rd bed either aside or above. The completion of the ship’s interior is going to be done in winter 2015/2016.

Lower deck: 4 twin cabins, 4 triple cabins. The lower deck is provided with an air ventilation system, which ensures fresh air even if the portholes are closed

Other: 2 showers/toilet. Sun deck (250 m 2 ) with 40 sun beds, tables with benches and chairs for 40 people on the covered main deck right behind the saloon, bathing platform with showers at the stern, air conditioned saloon for 40 guests. 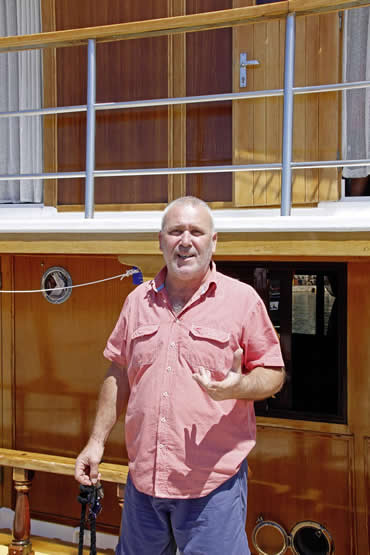 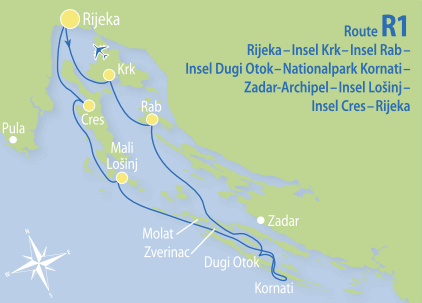 8-day cruise according to the itinerary
half board (including dinner on embarkation day, and breakfast and lunch or dinner on the following days of your cruise). On some boats full board is offered – please check the price list for more information.
lunch snack on embarkation day
Captain’s Dinner
English and German speaking representatives during embarkation and disembarkation
guided city tour of Rab
entrance fee to the Kornati Islands National Park
More ... 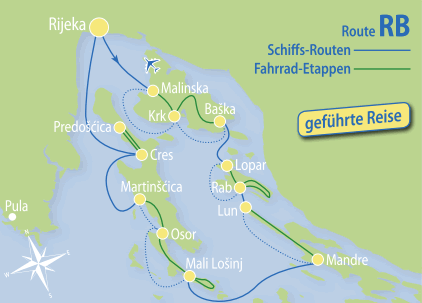 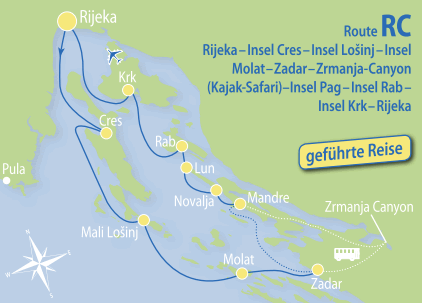